Formed by the 1953 merger of farm machinery manufacturers Massey Harris of Canada and the Ferguson Company in Britain. It was based in Brantford, Ontario, until 1988. The company transferred its headquarters to Buffalo, New York, in 1997, before it was acquired by AGCO, the new owner of its former competitor Allis-Chalmers. Massey Ferguson is one of several brands produced by AGCO and remains a major seller around the world. 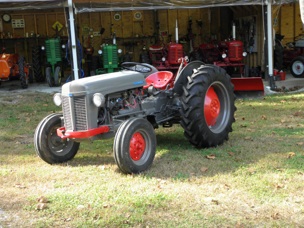